a simpler way to test your react

Easily create tests using our UI and refer to the browser, codebase, and docs all in one place. Once you are done you can save an executable Jest test file in your __tests__ folder. 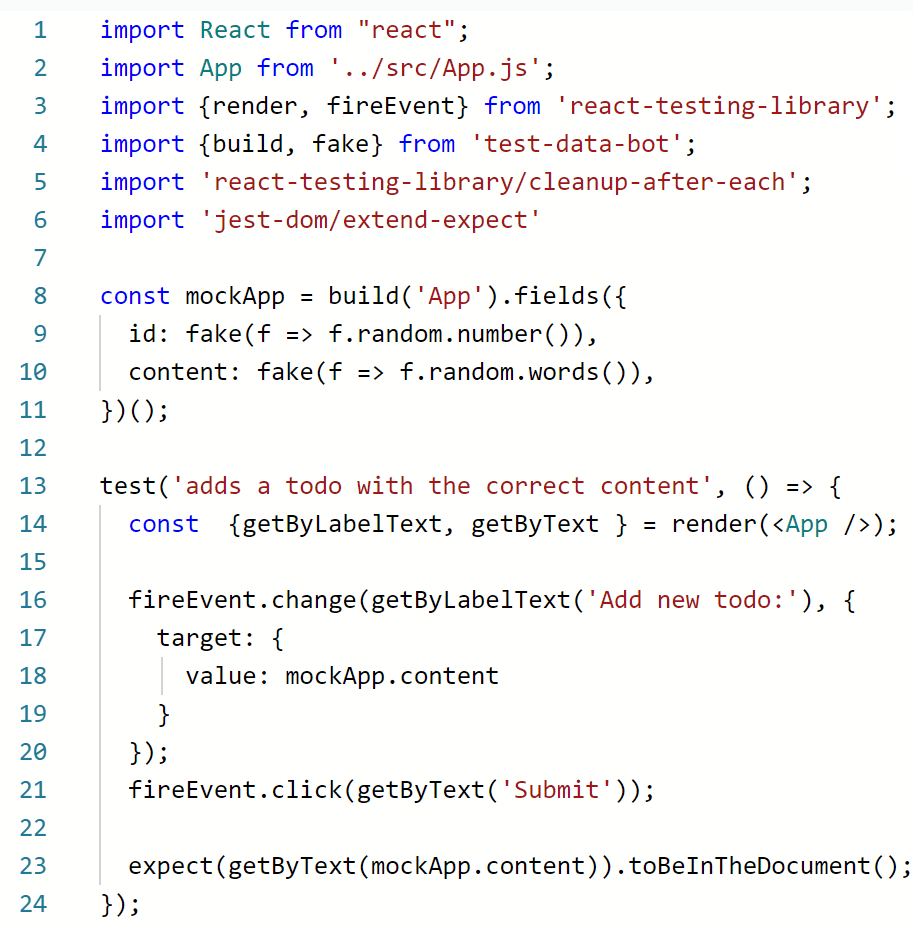 Writing tests is like eating your veggies: it's something everyone knows that they should do, but not everyone does. Spearmint.js provides a simple way to write tests that gives you confidence your React application will work in the way your users interact with it.

Fun fact: The origin of the word “debugging” comes from Grace Hopper removing a moth that was causing the Mark II Aiken Relay computer to malfunction. Did you know that moths are repelled by spearmint?

Spearmint isn't just for React. Write tests for your Redux actions, async functions, reducers, or middleware. While you're at it, check out your hooks, context or even your endpoints. Provide custom mock data and your inputs, and you're on your way. 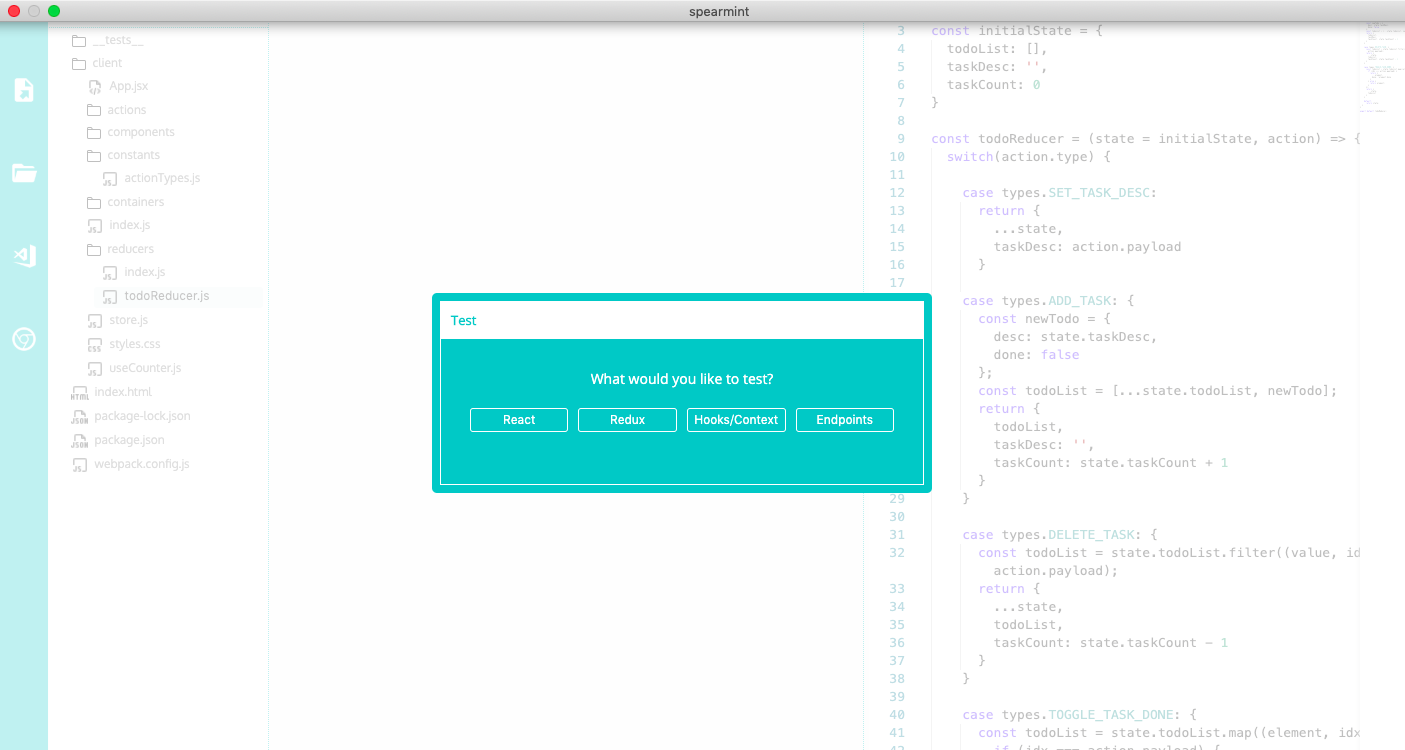 Join us and help developers write better React tests in less time.
Star us on Github!